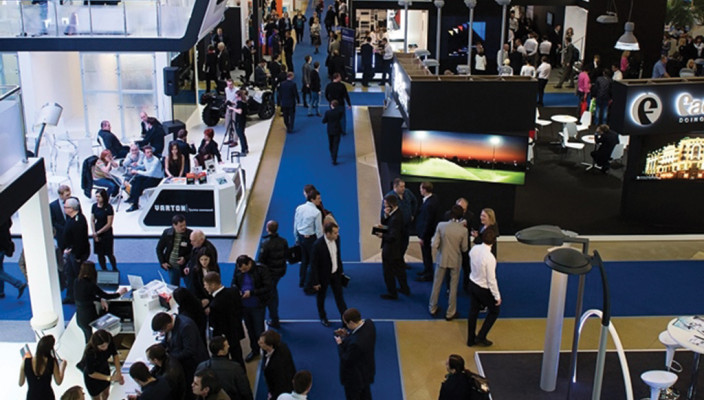 Interlight Moscow 2014 powered by Light + Building is the only trade fair in Russia and neighboring countries, covering the whole range of products and services in the area of lighting, electrical engineering and building automation, and offers innovating complex solutions for security, comfort and energy efficiency.

Вack in 1995 the trade fair provided foreign and Russian companies a unique opportunity to present their products to the emerging Russian market. During last 19 years the trade fair was developing by attracting the leading companies and brands from all over the world. Interlight Moscow 2014 powered by Light + Building became the most important event for professionals from Russia and CIS.

During 20th Anniversary 731 companies from 24 countries presented their modern products and developments on over 30 000 square meters (gross) to 29 878 representatives of the industry and trade. Interlight Moscow 2014 powered by Light + Building got a powerful official support from local and international professional and trade associations as well as from governmental structures.

Messe Frankfurt is one of the world’s leading trade fair organisers, generating around €545 million in sales and employing some 2,000 people worldwide. The Messe Frankfurt Group has a global network of 28 subsidiaries and around 50 international Sales Partners, allowing it to serve its customers on location in more than 150 countries. Messe Frankfurt events take place at more than 30 locations around the globe. In 2013, Messe Frankfurt organised a total of 113 trade fairs, of which more than half took place outside Germany.

Comprising an area of 578,000 square metres, Messe Frankfurt’s exhibition grounds are home to ten exhibition halls. The company also operates two congress centres.
The company is publicly owned, with the City of Frankfurt holding 60 percent and the State of Hesse 40 percent.
For more information, please visit our website at: www.messefrankfurt.com 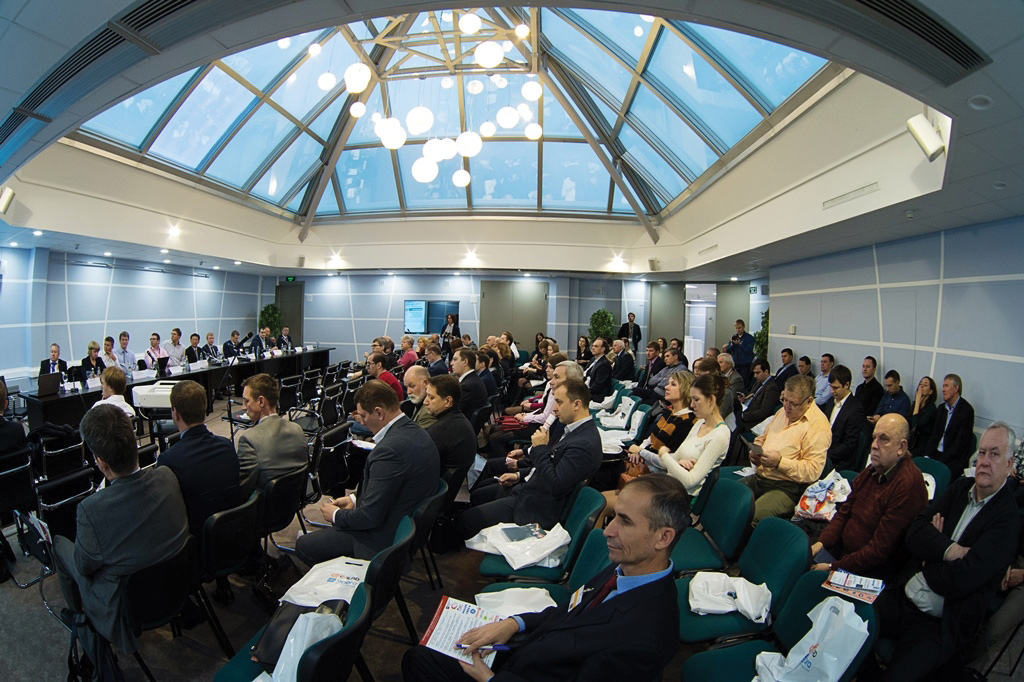 National exposition of China presented newest products from local manufacturers and was highlighted with a typical chinese Team Room, which enjoyed interest from visitors during their «breath-outs». 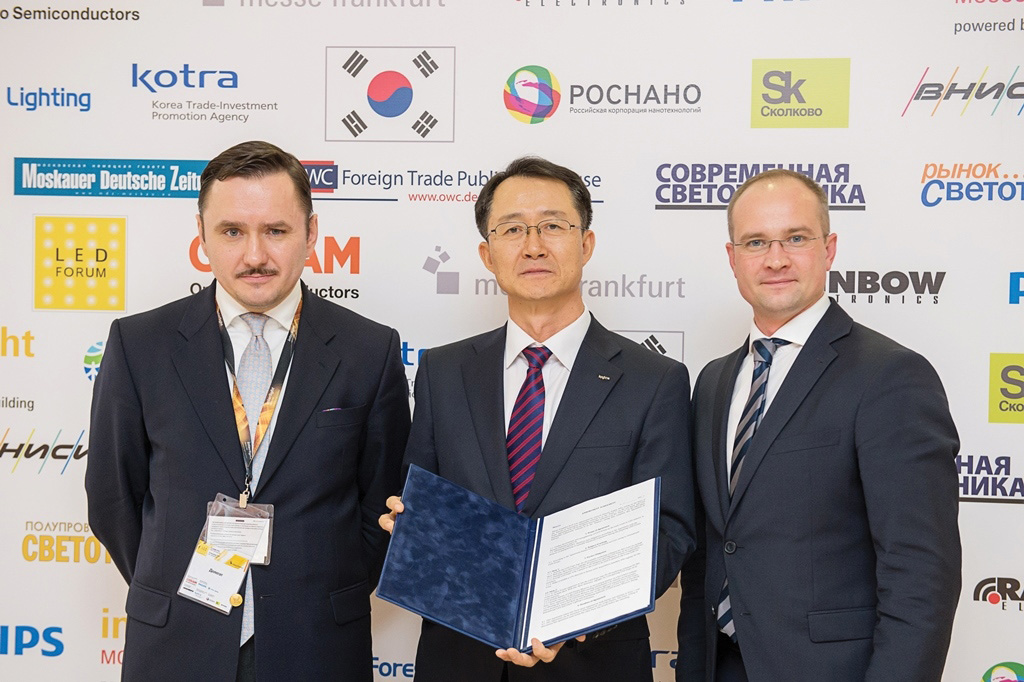 KNX city united the leading companies working on the KNX platform, presenting complex systems of building automation and smart house solutions, based on the international standard of KNX: GIRA, Esylux, iRidium mobile, VaDiArt, INGENIUM, VITRUM, BMS Trading, StroyGruppAvtomatica. For the past 3 years the project has been successfully implemented by Messe Frankfurt RUS with the exclusive official support and partnership of KNX international and KNX Russia. 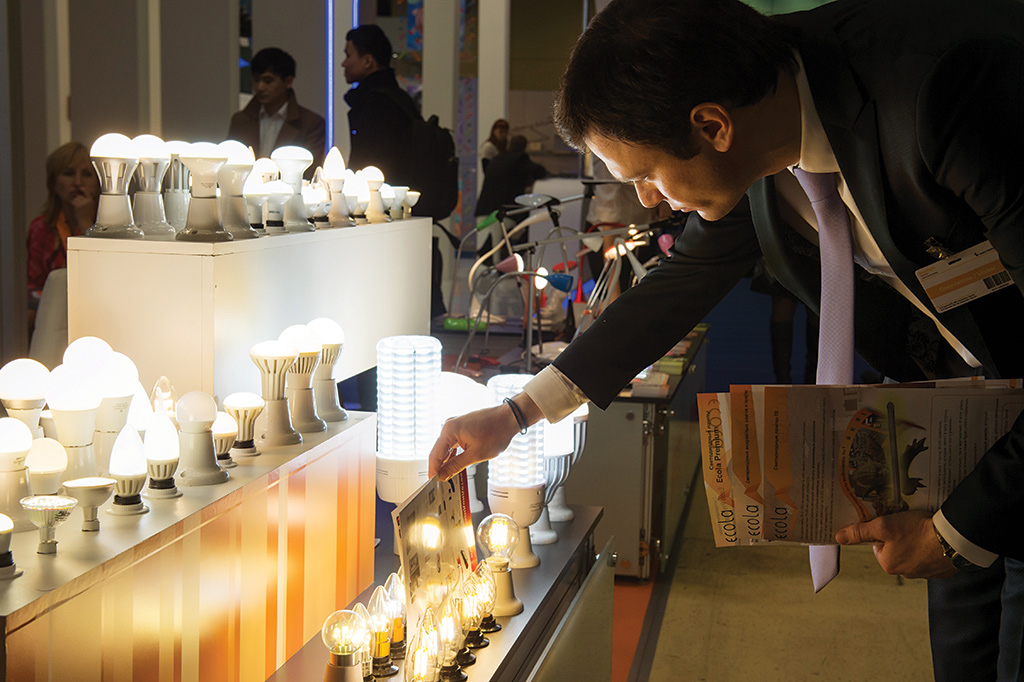 Due to the special attention of authorities to the festive lighting concept and growing demand from wholesalers, retailers, architects and interior designers, Interlight Moscow powered by Light + Building launched an additional exposition of festive lighting, which was supported by «Christmas Lighting Contest» contest powered by Russian Union of Designers, co-organizer Retail design school by Olga Bolkunova, General Partner SDS-Group.

Interlight Moscow powered by Light + Building 2014 anniversary edition was highlighted by a comprehensive business and science program, which attracted thousands of professionals. 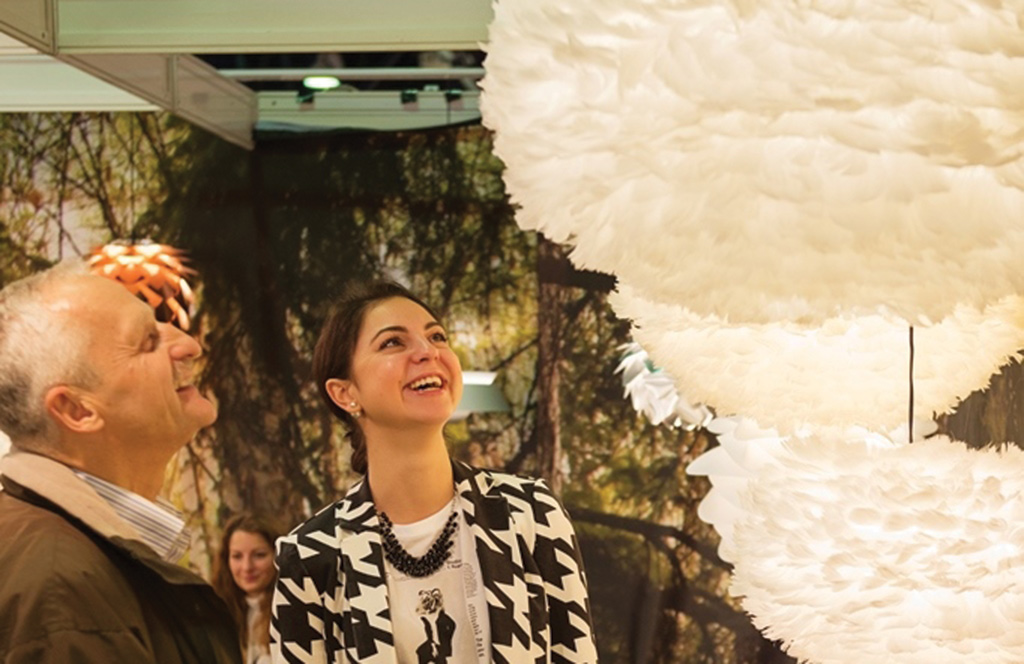 International Forum “Building Automation and Energy Efficiency”, co-organized with Association of European Businesses in Russia (AEB), presented up-to-date information about the industry and trends of its development in Russia. The main focus of the 3rd International Building Automation and Energy Efficiency Forum 2014 was «Energy Efficiency in Commercial Buildings — Why and How it Can Happen in Russia». For the first time the Forum introduced direct B2B negotiations to support development of business contacts. Strategic Partner — Property Management Company «City», Econompostapka company — Silver Partner of the Forum. 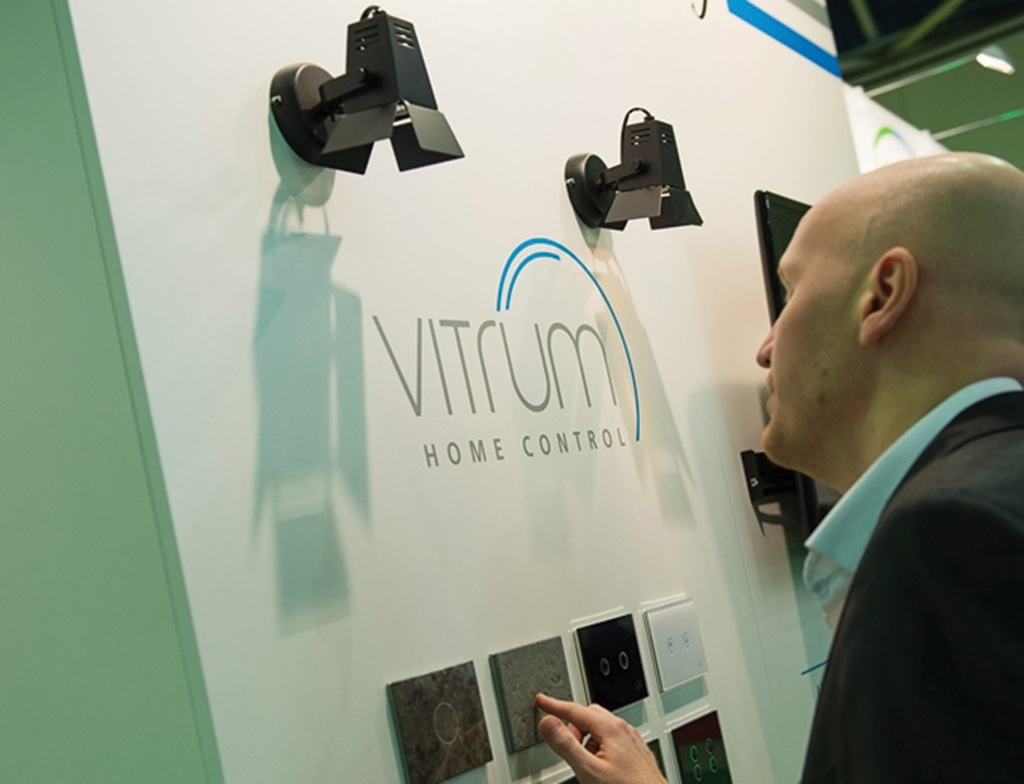 For the second time after successful launch in 2013 AGORA presented wide range of professional events covering topical issues of building automation, electrical engineering, technical and decorative lighting, which were visited by thousands professionals during 4 days of the show. All AGORA events were free of charge for visitors. Partner of AGORA 2014 — «Lighting Technologies» company. 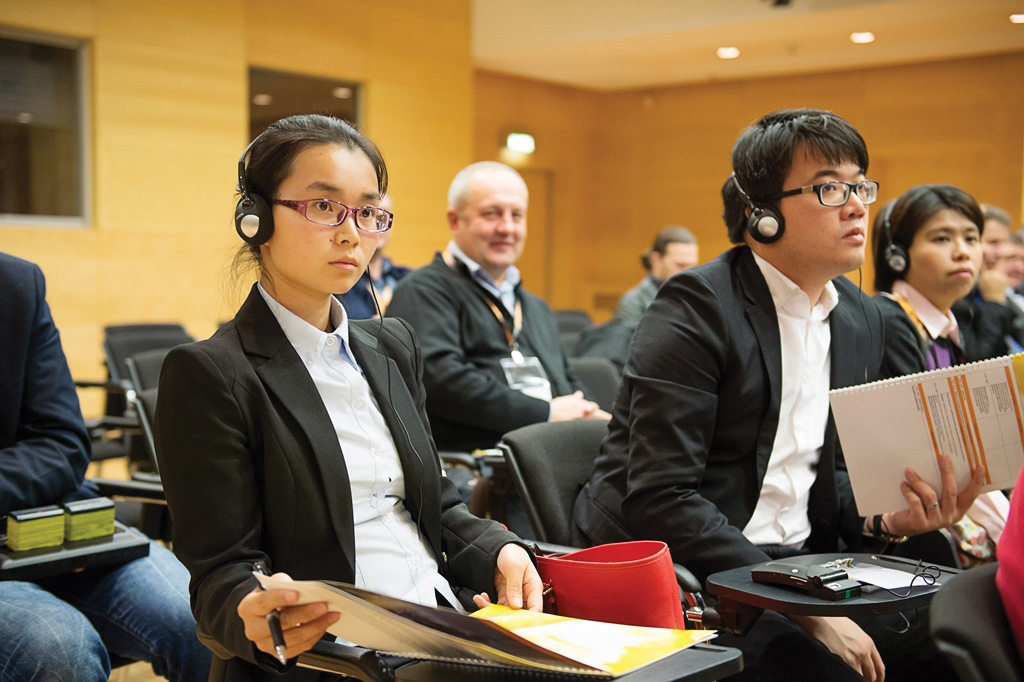 Interlight Moscow powered by Light + Building is a part of Messe Frankfurt’s building and energy shows, headed by the biennial Light + Building event in Frankfurt, which will take place from 13 – 18 March 2016.

To find out more information about these event, please visit http://www.interlight.messefrankfurt.ru
The contact person is Kirill Lunkov  Kirill.Lunkov@russia.messefrankfurt.com 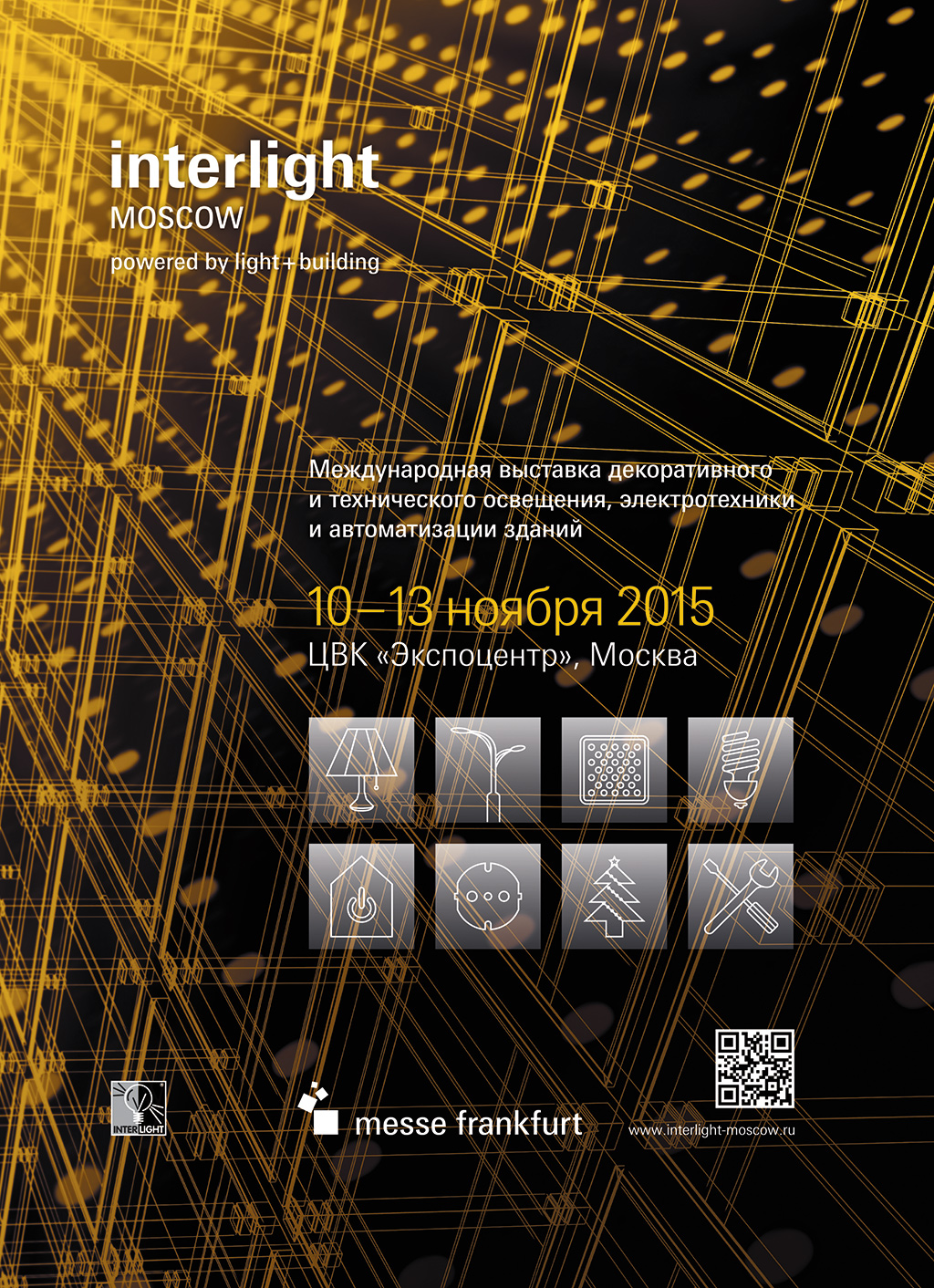